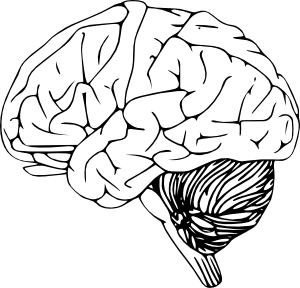 Have you ever feared losing your mind as you age? Have you ever wondered how you can exercise your brain? It is really important to do since it is estimated that by 2050 we are going to have 30 million Americans suffering from dementia, and currently there’s five million Americans suffering from Alzheimer’s. After the age of 40 we are going to begin to have some cognitive decline and after the age of 60 we really should have a brain evaluation, otherwise known as a neuropsychological evaluation. I know that many of you have the fear of cognitive decline, Alzheimer’s, and dementia. So, let’s discuss how to prevent all of this!

There are three different stages that are associated with cognitive decline. The first is a preclinical stage where we might notice some memory difficulties or other subtle changes, but it would never show up on an actual test. The second is going to be a mild cognitive impairment (MCI). In this stage, we might begin to forget people’s names and we may go into a room and forget what we were looking for. The third stage would be dementia. This is where those types of memory loss really begin to interfere with your day to day capabilities to go through life.

Dementia is an umbrella term and is in fact, a group of symptoms, very different than Alzheimer’s, which is classified as a neurodegenerative disease. The process for Alzheimer’s is very different and it is important to make that distinction.

How can you prevent cognitive decline?

So, what can you do about it? Exercise, exercise, exercise! Specifically exercise geared towards integrating your brain and body. All of your aerobic activity, strength building activity, and really any skill development are critical for cognitive health and preventing cognitive decline over time.  Try a new practice or discipline such as Thai Chi or Qi Gong, deadlifts, aerials, dance, golf, tennis, etc. At the end of the day, all movement is really important for brain health. A 2015 study showed that those who make aerobic activity part of their life are able to decrease brain disease risk by over 50 percent!

Additionally, I am going to provide you with three exercises that you can do on a regular basis that can be super valuable to preventing these declines, and keeping your brain and body healthy for a lifetime.

Extended exhalation-based practice can improve CO2 and oxygen. Oxygen is the one of the top two sources of energy for the brain. Take two puffs in through the nose and follow it with four puffs out through the mouth. Add marching, walking, side stepping, cross crawl pattern.

2. Cross crawl pattern– Place your hands behind your head and bring your elbow to your opposite knee as you march forward.

The cross-crawl pattern of the brain stimulates more complex and nervous system integration. In essence, you are reorganizing your mindbody connections by stimulating the corpus collosum, the dividing of the two hemispheres.

3. Dual tasking– Walk backwards as you count back from 100 by threes.

Performing a physical and cognitive task together can yield excellent benefits in both gait and executive function in the brain. Try walking and the alphabet backwards, too!

These are simple things you can incorporate daily to prevent losing one of your greatest assets. Make sure to “build the time in” not “fit it in.”

If you are interested in feeling your best and you need help, reach out to schedule an appointment to get you started on your journey.